Recent research shows that increased exposure to wireless radiation laptop, tablet, smartphone etc. is a negative factor contributing to the modern increase of male and female infertility. What other sources of radiation appear to negatively influence? How can you protect your genitals? 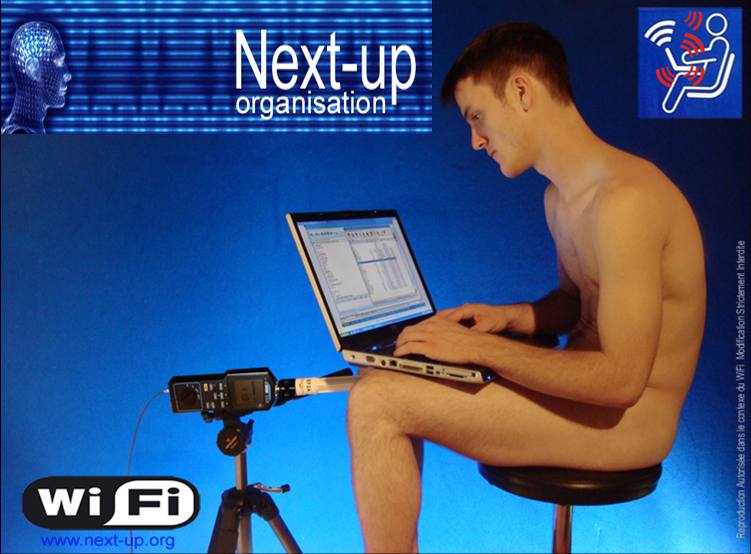 Infertility is now taking big dimensions worlwide. 32% reduction in sperm concentration in semen was recorded in France from 1989 to 2005 [1] and 29% reduction in Britain only during the last decade [2]. It is estimated that one in five young men aged 18-25 years produces a low sperm count, and only 5-15% of these are considered normal based on classification by the World Health Organisation.

The large increase in infertility during recent years coincides with the corresponding increase of the population exposure to artificial electromagnetic radiation from mobile phones, wireless tablets and laptops, cell phone masts etc. and the connection is now confirmed by several studies in humans and animals.

There is a veritable flood of new studies reporting sperm damage in humans and animals, leading to substantial concerns for fertility, reproduction and health of the offspring (unrepaired de novo mutations in sperm). Exposure levels are similar to those resulting from wearing a cell phone on the belt, or in the pants pocket, or using a wireless laptop computer on the lap. BioInitiative Report 2012 [3]

"In the past, we applied mi-crowaves for birth control. Today we make phone calls with it. Go figure." Dr. Huai Chiang, advisor to the World Health Organization in radiation issues, Medical School of Zhejiang China [18]

Though causal evidence of one or more mechanism(s) are not yet fully refined, it is generally accepted that oxidative stress and free radical action may be responsible for the recorded genotoxic effects of EMFs which may lead to impairments in fertility and reproduction. Free radical action and/or hydrolytic enzymes like DNAase induced by exposure to EMFs may constitute the biochemical actions leading to adverse changes in hormones essential in males and female reproduction, DNA damage, which in turn causes damage to sperm motility, viability, and sperm morphology. Such exposures are now common in men who use and who wear wireless devices on their body, or use wireless-mode laptop computers. It may also account for damage to ovarian cells and female fertility, and miscarriage in women (ELFEMF at 16 mG intermittent exposure). Bioinitiative Report 2012 [24]

In case of pregnancy, are there effects to the fetus from artificial electromagnetic radiation?

Read our article: "Radiation: Risk for Pregnancy? Cause of autism?"..

How to determine how much radiation you receive each day

In recent years many scientific bodies have proposed new exposure limits to protect the public from artificial electromagnetic fields, based on new research showing that non-thermal radiation levels can lead to serious health effects.

You can measure the radiation you receive from wireless devices, mobile phone antennas, etc. with a high frequency radiation meter.

You can measure the radiation you receive from electricity cables, switchboards, electrical appliances, etc. with a low frequency radtion meter.

How to protect your genitals from artificial electromagnetic radiations

More suggestions for reducing your daily exposure to electromagnetic radiation ..

How Does Laptop Wi-Fi Affect Male

Warning: Why You Should Avoid Using Your Laptop as Recommended

Radiation from WiFi connections can reduce sperm activity in up to a quarter of men, study finds

Is cell phone radiation a risk factor for female infertility?