In the past it has been called "yuppie flu" and "microwave disease". Its symptoms include unexplained allergies, whistling in the ears, tachycardia and cardiac arrhythmias, fatigue, numbness of the head, constant headaches, etc. Are you also affected by the growing electromagnetic pollution from cell phone masts, Wi-Fi networks, cordless phones etc? 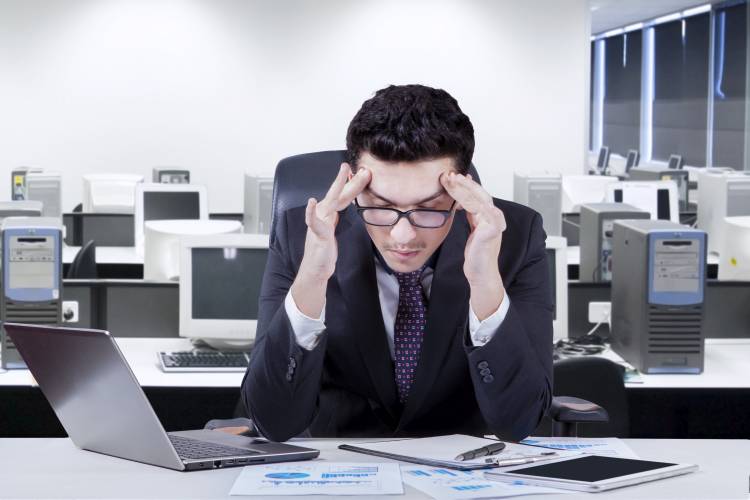 Scientists today are linking the increase of electromagnetic pollution with many unexplained symptoms that afflict more and more every day:

The "allergic" reaction to artificial electromagnetic radiation is called "electrohypersensitivity", it has been recognized by the World Health Organization and is considered likely to influence in the following years a significant proportion of the population in developed countries.

In the past the term "microwave illness" has been used to describe symptoms of employees working near broadcasting antennas and radars and the term "yuppie flu" for symptoms of corporate executives overexposed to mobile phones and electronic office equipment.

"Sensitivity to EMF has been given the general name “Electromagnetic Hypersensitivity” or EHS. It comprises nervous system symptoms like headache, fatigue, stress, sleep disturbances, skin symptoms like prickling, burning sensations and rashes, pain and ache in muscles and many other health problems. Whatever its cause, EHS is a real and sometimes a disabling problem for the affected persons. Their EMF exposure is generally several orders of magnitude under the limits of internationally accepted standards." World Health Organization [1]

"There has been a sharp rise in unspecific, often stress-associated health problems that increasingly present physicians with the challenge of complex differential diagnosis. A cause that has been accorded little attention so far is increasing electrosmog exposure at home, at work and during leisure activities, occurring in addition to chronic stress in personal and working life. It correlates with an overall situation of chronic stress that can lead to burnout.

" The Freiburger Appeal [3] from the Union of Environmental Medicine, Germany (IGUMED), signed by thousands of doctors and scientists from around the world sounded the alarm:

"We have observed, in recent years, a dramatic rise in severe and chronic diseases among our patients, especially:

Moreover, we have observed an ever-increasing occurrence of various disorders, often misdiagnosed in patients as psychosomatic:

We can no longer believe this to be purely coincidence, for:

On the basis of our daily experiences, we hold the current mobile communications technology (introduced in 1992 and since then globally extensive) and cordless digital telephones (DECT standard) to be among the fundamental triggers for this fatal development.

One can no longer evade these pulsed microwaves. They heighten the risk of already-present chemical/physical influences, stress the body's immune system, and can bring the body's still-functioning regulatory mechanisms to a halt. Pregnant women, children, adolescents, elderly and sick people are especially at risk.

Our therapeutic efforts to restore health are becoming increasingly less effective: the unimpeded and continuous penetration of radiation into living and working areas , particularly bedrooms, an essential place for relaxation, regeneration and healing, causes uninterrupted stress and prevents the patient's thorough recovery.

In the face of this disquieting development, we feel obliged to inform the public of our observations, especially since hearing that the German courts regard any danger from mobile telephone radiation as "purely hypothetical" (see the decisions of the constitutional court in Karlsruhe and the administrative court in Mannheim, Spring 2002).

What we experience in the daily reality of our medical practice is anything but hypothetical! We see the rising number of chronically sick patients also as the result of an irresponsible "safety limits policy", which fails to take the protection of the public from the short- and long-term effects of mobile telephone radiation as its criterium for action. Instead, it submits to the dictates of a technology already long recognized as dangerous. For us, this is the beginning of a very serious development through which the health of many people is being threatened."

Per Segerbäck, was a telecommunications engineer, that was working from the early 80's as a senior executive in Ellemtel, a subsidiary of the Swedish company mobile phones Ericson and he helped develop the mobile networks that today have spread in every part of world.

After 10 years of work he and almost all his colleagues had continuous nausea, headaches and skin redness. Because the found relief only outside the office, the came to the conclusion that these symptoms were due to the elevated electromagnetic radiation from the cell phone antennas, computers, fluorescent lightings etc.

Ericson company wanted to keep Segerbäck, so they electromagneticaly shielded his office, they replaced his computers with low EFM ones and gave him electromagnetic shielded clothes to wear so he could move out of the office.

In the mid 90's, when the first mobile networks began to appear in Stockholm and the avoidance of the radiation was impossible, Segerbäck retired to a farmhouse in the countryside. There he lives so far away from mobile phone masts and the electricity network, using an external battery 12Volt for essential needs. [4]

Dr. Blank, a professor at Columbia University and researcher in bioelectromagnitism explains that our cells have a stressful reaction to artificial electromagnetic fields as they do with other environmental toxins (heavy metals, etc.) [5].

The human DNA functions as an antenna which receives even low power low and high frequency signals and produces stress proteins.

The mechanism of adaptation to stress triggers our hormonal system to cope with any challenge presented. Unfortunately it is designed to operate for a temporary period.

Chronic production of stress proteins, as is the case of constant exposure to multiple sources of radiation is:

The increase of electrohypersensitivity incidents is due to the large increase in the quantity and the variety of radiation signals to which the public is exposed in recent years.

Electrohypersensitivity today is recognized as a disability in Sweden, where it affects 3% of the population (approximately 250,000 people). Great Britain and Canada are also considering to recognize this novel disability.

Researchers Hallberg and Oberfeld studying the growth rates of electrohypersensitivity cases, predicted that by 2017, 50% of the population will display such symptoms [10].

“Sensitivity to electromagnetic radiation is the emerging health problem of the 21st century. It is imperative health practitioners, governments, schools and parents learn more about it. The human health stakes are significant” Dr. William Rea, former president of the American Academy of Environmental Medicine [11] 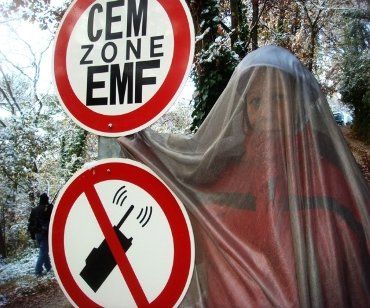 The European Parliament "calls on Member States to follow the example of Sweden and to recognize persons that suffer from electrohypersensitivity as being disabled so as to grant them adequate protection as well as equal opportunities." [12].

The effect on the lives of people affected is often dramatic as it is difficult to work and move in public places because of excessive presence of artificial radiation.

For many it is necessary to live in wireless free zones, like those created in hospitals in Sweden [13] or the Drôme, France (see photo) which has been declared a haven for people sensitive to radiation [14].

We encourage governments to (…) designate wireless-free zones in cities, in public buildings (schools, hospitals, residential areas) and, on public transit, to permit access by persons who are hypersensitive to EMF. Benevento Resolution (2006), International Commission for Electromagnetic Safety (IECEMS) [15]

“It is evident that various biological alterations, including immune system modulation, are present in electrohypersensitive persons. There must be an end to the pervasive nonchalance, indifference and lack of heartfelt respect for the plight of these persons. It is clear something serious has happened and is happening. Every aspect of electrohypersensitive peoples’ lives, including the ability to work productively in society, have healthy relations and find safe, permanent housing, is at stake. The basics of life are becoming increasingly inaccessible to a growing percentage of the world’s population. I strongly advise all governments to take the issue of electromagnetic health hazards seriously and to take action while there is still time. There is too great a risk that the ever increasing RF-based communications technologies represent a real danger to humans, especially because of their exponential, ongoing and unchecked growth. Governments should act decisively to protect public health by changing the exposure standards to be biologically-based, communicating the results of the independent science on this topic and aggressively researching links with a multitude of associated medical conditions.” Dr. Johansson, Neurology Section, Karolinska Institute in Stockholm [11]

What should doctors and patients know

Chronic burden from artificial electromagnetic radiation is an important biological factor that should not be overlooked in the diagnosis of diseases and chronic symptoms.

Children, pregnant women, the elderly and people with allergies or weakened immune systems are at high risk.

Also, women are more affected by the disease [16], since their brains due to hormonal differences are more vulnerable to radiation.

Support for people with electrohypersensitivity

Health and EMF Exposure: Protocol for Diagnostics and Therapy: http://archive.radiationresearch.org/pdfs/20100111_grigoriev_presentation.pdf

Guideline of The Austrian Medical Association for The Diagnosis and Treatment of EMFrelated Health Problems and illnesses (EMF syndrome): http://freiburger-appell-2012.info/media/EMF%20Guideline%20OAK-AG%20%202012%2003% 2003.pdf

The radiation-free zone in France: http://www.zoneblanche.fr/index-eng.html

The Man Living alone in The Woods Escape to Wi-Fi and Mobile phones: http://www.guardian.co.uk/lifeandstyle/2012/jul/20/man-living-alone-woods-escape-wifi-mobiles