You are exposed to an invisible electromagnetic smog from dozens visible and non visible transmitting antennas daily: tv and radio broadcasting antennas, radars, cell phone masts, wi-fi wireless networks, cordless phones etc. How do you find out which sources affect you.

What is high-frequency radiation?

High frequency radiation is generated by wireless transmitters (antennas, radars, etc.) which are used in wireless telecommunications, broadcasting and dozens of other applications.

Their emission frequencies are usually from 0,1 - 10GHz (billion hertz), which are much higher than the low-frequency radiation from wired sources such as cables and transformers (AC frequency = 50-60 Hz).

Antennas usually emit signals continuously and radiation may circulate freely at distances of a few meters to several kilometers.

Today it is hard to find areas unexposed to wireless radiation.

Are there any health effects?

In May 2011, the World Health Organization (WHO) announced that  wireless radiation is possibly carcinogenic.

Learn more about the health effects 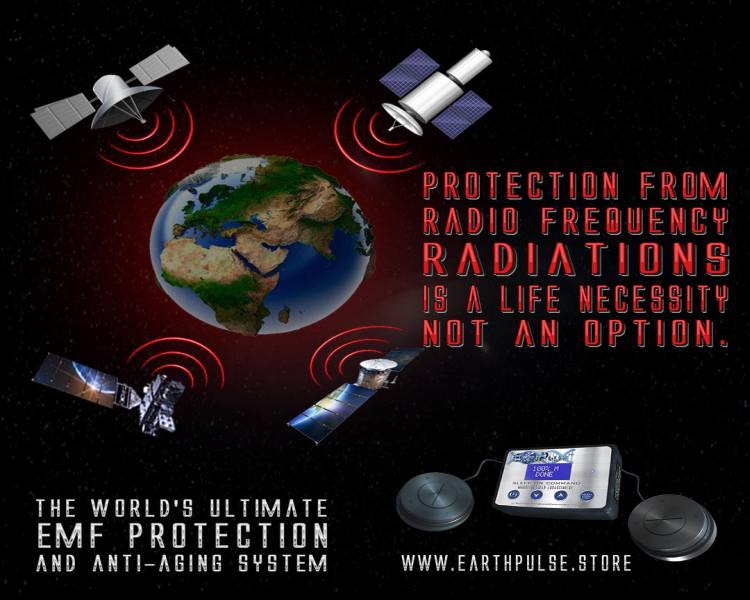 The research for health effects is contradictory, but cell phone use has been associated with damage to DNA, destruction of nerve cells, brain cancer etc.

Children are more vulnerable to the effects of radiation from mobile phones, because they don't have fully developed immune systems and this is why many scientific organizations have warned against the use of mobile phones by minors.

Learn more about the effects of mobile phones in adults and children, the SAR, how to safely use phones etc..

Cell phone masts are placed on the rooftops of buildings in every neighborhood and especially next to busy roads, in corporate buildings, factories, in densely populated areas with many offices and shops.

Most of the radiation is directed at residences located within 80-250 meters from the mast.

They are often camouflaged (like heaters, signs, chimneys etc.) to avoid confrontations with the neighbors.

Learn more about the effects of mobile phone masts, how you recognize them and how to protect yourself from their radiation..

Many radio amateurs broadcast radio signals with a wide frequency range and power.

Television antennas on rooftops are usually only signal receivers and do not emit wireless radiation.

The higher the floor of the house, the more exposed to radiation you are from radio and tv broadcasting antennas etc.

Wireless internet routers and the bases of cordless phones are a source of continuous wireless radiation, which can be found in most homes.

Their radiation has similar waveforms and frequencies but lower intensity than those of a cell phone masts.

However, being in close proximity to our bodies, they often submit us to a greater amount of radiation than if we had a cell phone mast across the street.

The signal emitted from radars is made up of strong pulses of high frequency electromagnetic waves (usually 2-10GHz) which scan the entire space, rotating 360 degrees by hitting each point within a couple of kilometers every few seconds (like a lighthouse).

They are usually situated at:

It consists of a central antenna that communicates with the antennas in the workers belts (typically at a frequency of 2,4 GHz, as the WLAN - WiFi).

You can reduce the radiation from the central antenna by moving it further away from high use areas (but this way you might have signal reception problems).

The main problem for the workers is the antenna located in their belts with which are in direct contact.

To reduce your exposure to radiation you can wear clothing that reflects wireless radiation.

It is unlikely that there is a wireless baby monitor with minimal radiation emissions, because very low transmission power would make it non functional.

The proposed safe exposure limits (<100mW / m2) are exceeded in most cases when there is a baby monitor in the same room.

In our opinion the wireless baby monitors can be the most dangerous source of radiation today, since the development of the nervous system occurs only once in every person's life and the possible harm to an infant brain are irreversible.

Learn more about the effects of the baby monitors and safer alternatives ..

The smart grid will greatly increase current levels of electromagnetic pollution, since the smart meters and smart appliances already on the market will emit radiation either wirelessly or via the power cables to communicate with each other.

Learn more about the consequences of the use of smart meters..

Today's unprecedented wireless radiation levels are increasing, both in intensity and in a variety of electromagnetic signals by adding new wireless applications:

You can find a list of typical emission power (in dBm or Watt or mW) for the most common sources of wireless radiation  by clicking here.