Having wireless high-frequency antennas next to infants - is it a good idea?

Some scientists argue that children's exposure to elevated levels of electromagnetic radiation can result in incomplete or problematic development of the brain and is possibly associated with the significant and continuous increase in the percentage of children who have hyperactivity, attention deficit, pervasive developmental disorder or autistic spectrum disorders (autism, etc.), aggression, psychological problems etc.

There has been a 60-fold increase in ASD in recent years, which cannot be accounted for by improvements in diagnostic methods and can only be explained by changes in the environment. This increase corresponds in time to the proliferation of mobile telecommunications, Wi-Fi, and microwave ovens as well as extremely low frequency fields from household wiring and domestic appliances. We can now explain at least some of this in terms of electromagnetically-induced membrane leakage leading to brain hyperactivity and abnormal brain development. Dr. Andrew Goldsworthy, former lecturer Imperial College London [1]

Is there a baby monitor with low radiation?

In most countries the safe limits of exposure to high frequency radiation permissible by law are so high, that even if your baby wears a hat with a wi-fi antenna on its head all day it would still be considered safe.

In recent years many scientific bodies have proposed new safe exposure limits (<100mW / m2) to protect the public from artificial electromagnetic fields, based on new studies showing that even low non-thermal radiation levels can lead to serious health effects. These limits are exceeded in most cases when there is a baby monitor in the room.

It is unlikely that there is a wireless baby monitor with minimal radiation emissions, because low transmission power would mean that the baby monitor would only work for a very small distance.

"Because there are suggestions that RF exposure may be more hazardous for the fetus and child due to their greater susceptibility, prudent avoidance is one approach to keeping children’s exposure as low as possible." World Health Organization [2]

"The adverse effects of electrosmog may take decades to be appreciated, although some, like carcinogenicity, are already starting to surface. This gigantic experiment on our children and grandchildren could result in massive damage to mind and body with the potential to produce a disaster of unprecedented proportions, unless proper precautions are immediately implemented." Paul Rosch, professor of medicine at New York Medical School [7] 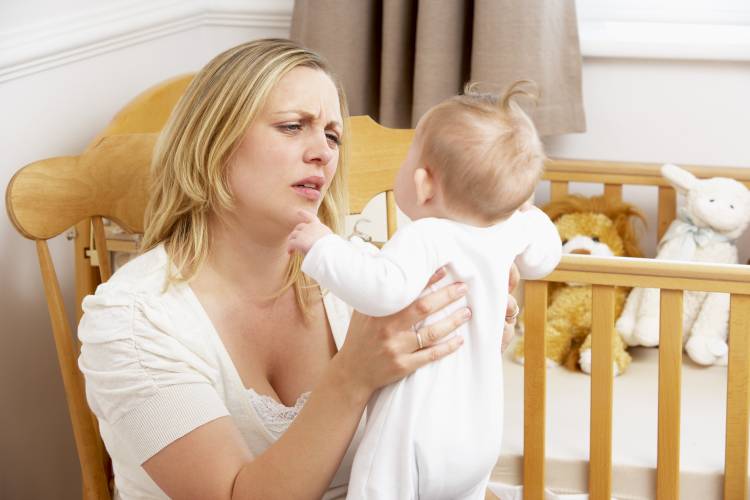 Why are infants more vulnerable to electromagnetic radiation?

See the difference in the absorption of radiation from mobile phones in the brain of an adult, a five year old child and a 10 year old child [10] (from left to right) :

Read more about the effects of radiation in children and pregnant women..

The interception of audio and video from wireless baby monitors has gotten more attention than you might think in recent years.

Despite assurances to the contrary by some manufacturers, the signal from the baby monitor can be intercepted.

How 'home hackers' spy on you and your children ... with YOUR webcam: The shocking evidence that shows how private lives are snooped on and streamed live on web

The Internet of Things: New Threats Emerge in a Connected World

The analog type baby monitors broadcast in frequencies of 40-900MHz and usually have lower radiation emissions than the digital ones. They are also more economic, however they are considered more vulnerable to interference and eavesdropping.

Digital broadcasting baby monitors (usually DECT) transmit at frequencies of 1800-2400MHz and are often encrypted to prevent interception of the signal with many claiming this is sufficient to avoid signal interception. They are also vulnerable to interference when placed near other microwave sources (eg. cordless phones and Wi-Fi modems).

The Bioinitiative Report (report by an international team of scientists who summed up data from more than 2000 studies on the effects of artificial electromagnetic fields) concludes that:

"There is substantial scientific evidence that some modulated fields (pulsed or repeated signals) are bioactive, which increases the likelihood that they could have health impacts with chronic exposure even at very low exposure levels. Modulation signals may interfere with normal, non-linear biological processes. Modulation is a fundamental factor that should be taken into account in new public safety standards; at present it is not even a contributing factor." [11]

An example of a good alternative to wireless devices are wired intercom systems which are connected via cables or the existing electric circuits of the apartment.

There is also the option of wired surveillance cameras. These systems include cameras and small screens, giving you the ability to have visual and auditory contact with your child's room.

Is an intercom really necessary?

It is rather surprising how we managed to survive as humans without baby monitors until today.

As the pediatrician and author Claudia Gold says baby monitors abuse parents' vulnerability for profit [12], as they are not a necessity. With specific cases where the child has a medical condition being the exception, for which continued monitoring is recommended.

Although advertised as a major benefit of baby monitors, there is no evidence that they help prevent sudden infant death syndrome [13].

In contrast, many doctors believe that baby monitors give parents a false sense of security [14].

The US Consumer Product Safety Commission (CPSC) warns parents that the wires of baby monitors (wired or wireless ones) pose a risk for choking the infant when placed very near the cribs.

In the USA Since 2002, seven infants have been strangled by baby monitor cords [15].

Baby monitoring can reduce the time parents actually deal with the baby themselves.

Parents are more anxious and wake up more often than necessary, especially if the baby monitor gives frequent false alarms.

The immediate response of some parents to each sound that the baby monitor makes can, according to some research, negatively effect the sleeping patterns of babies by not letting them learn how to calm themselves. [16]

If you insist on buying a wireless baby monitor ..

Wireless baby monitors, in our opinion, may be the most dangerous source of radiation today. This is due to the development of the nervous system occurring only once in every person's life and the potential harm to the infant's brain is irreversible.