Learn about the addictions associated with the use of Internet, Wi-Fi, mobile phones (Nomophobia means No mobile phone phobia), smartphones, tablets, computers etc. How they can have negative effects on behavior and socialization and lead to depression, anxiety, attention deficit and other mental disorders. 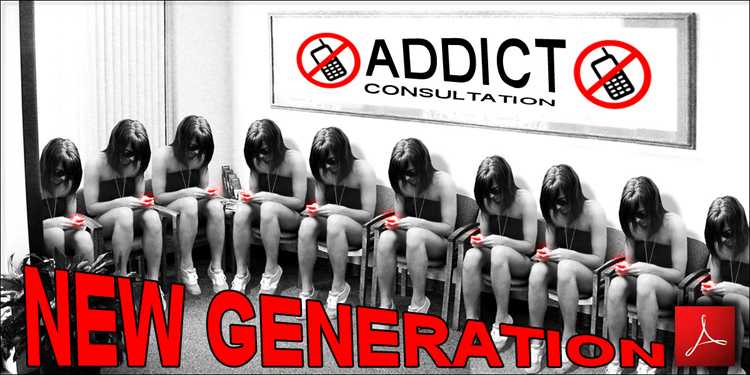 Addictions related to internet and mobile phone use, are global and apply to all age and social groups and are now classified as a new psychiatric disorder.

Experts and researchers argue that continued and heavy use of mobile phones, smartphones, tablets, computers, laptops, etc. has negative effects on behavior and socialization and is associated with depression, anxiety, shrinking attention and other mental disorders.

Those addicted to technology live in a virtual reality, losing touch with real life. Their brains are now accustomed to the constant stimulation from online work and are unable to adapt to the slower pace of life offline.

Abroad, rehabilitation clinics which accept even 12 year old children have opened their doors since 2009.

See links to modern addictions to technology and their implications:

1. Noble prize awarded oncologist talks about health effects from the use of mobile phone: You are Really Addicted to your cellphone

2. Can playing with I-Pad shrink attention, reduce social skills or destroy the sight of children? Toddlers Obsessed with iPads: It Could Hurt Their Development?

3. "Pop Corn" brain - the brain of modern man is no longer accustomed to the constant stimulation of work on computers, mobiles etc. and is unable to adapt to more sluggish life offline. CNN: Does life online Give you 'POPCORN Brain'?

4. The new book 'iDisorder' examines addiction to smartphones and other devices, and suggests ways to overcome it: The New York Times: When You Text Till You Drop

5. New research shows that mobile phones reduce social consciousness and are associated with more selfish behavior: Is Your Cell Phone Making You A Jerk?